We, the Copper Coast Baptist Church believe strongly in the religious freedom of its congregation members. We hold certain doctrines as the “basics of our faith” . These are stated in section 4 of our Constitution as our Statement of Faith.
Statement Of Faith (Section 4 Constitution)
Jesus Christ, our Lord and Saviour, is the sole and absolute authority in all matters of faith and practice. These are revealed in and through the divinely inspired Scriptures, both Old and New Testaments. In worship of Jesus our Lord and in accordance with Holy Scripture, this Church declares its belief in:
Triune God: Father, Son and Holy Spirit and their love for all creation.
The sovereignty and power of God as Creator, Sustainer and Future of the Universe.
The Deity of our Lord and Saviour Jesus Christ, God manifest in the flesh.
That all people are created in God’s image and all have sinned.
The perfect life and atoning death of our Lord Jesus Christ, who was raised from the dead and ascended to the position of all authority and power for our salvation.
The convincing and regenerating work of the Holy Spirit, who causes sinful people to understand their lost condition, repent and believe in Jesus Christ as Saviour and Lord. The sanctifying grace of God which enables a believer to press on to spiritual maturity and likeness to Christ.
The return in person of Jesus Christ in power and glory, and His judgement of all people. The resurrection and eternal blessedness of those who belong to Christ.
This Church further declares its belief that:
The Lord Jesus Christ is the Supreme Head and Ruler of His universal church, which is the world wide body of people who have repented of their sin and put their trust in Him as Saviour and Lord.
The local church, the gathered body of believers in a given community, governed by Jesus Christ and guided by the illumination of the Holy Spirit, has the liberty and responsibility to interpret, preach and administer the will of Christ in all matters of faith and practice as revealed in Scripture.
Two ordinances have been given to the Church by explicit command of Jesus Christ, namely:
i. Baptism, being immersion in water into the Name of the Father, Son and Holy Spirit, of those who have professed repentance towards God and faith in our Lord Jesus Christ.
ii. The Lord’s Supper, in which those who have professed faith in the Lord Jesus Christ take bread and cup in an act of remembrance of the death of Christ.
Jesus Christ has commissioned His church to evangelise the whole world. Each Member then, has a duty to bear witness to the Gospel of Christ in daily life and to share in the wider task of reaching the world with love as opportunity presents itself.
Because we believe strongly in the religious freedom of Baptists we do not specify a set of beliefs on a variety of disputable matters as the Apostle Paul outlines in Romans 14.
1 Accept other believers who are weak in faith, and don’t argue with them about what they think is right or wrong.(Romans 14:1 NLTSB)
10 So why do you condemn another believer? Why do you look down on another believer? Remember, we will all stand before the judgment seat of God(Romans 14:10 NLTSB)
13 So let’s stop condemning each other. Decide instead to live in such a way that you will not cause another believer to  stumble and fall(Romans 14:13 NLTSB)

Individuals may hold strong beliefs on these disputable matters but they are to respect the religious freedom of other individuals to NOT hold the same beliefs on such matters. 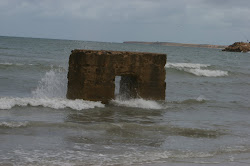